Here’s a portfolio of online maps that I’ve made or significantly contributed towards. I’m particularly fond of slippy maps and urban areas where people and infrastructure interesect and how they are represented.

Online slippy maps, which offer multiple zoom levels, gives the cartographer, to create visualizations from multiple perspectives (if they so desire) and enable the map reader to see an area in multiple ways that they haven’t imagined.

I primarily use Mapbox and leaflet for the map interaction. For the map design, I’ve used a combination of tools: TileMill, Mapbox Studio, Carto, QGIS, and Mapzen’s Tangrams. The source code for these are all available, as indicated in the links below. 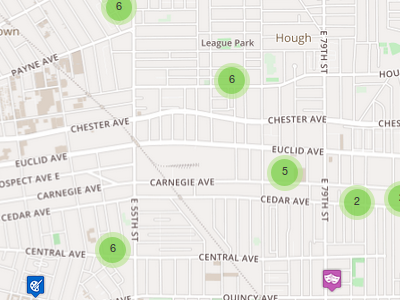 A interactive map of Cuyahoga County Food Pantry and Hot Meal sites. Designed for food pantry managers to refer those in need of food to nearby resources based on their location. Base Map designed by Mapbox. (No longer updated; made in 2015-2016) 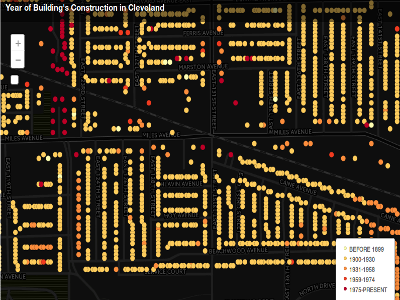 A map displaying Cleveland’s Building Ages. The black base map was designed by Carto. Done in 2015. 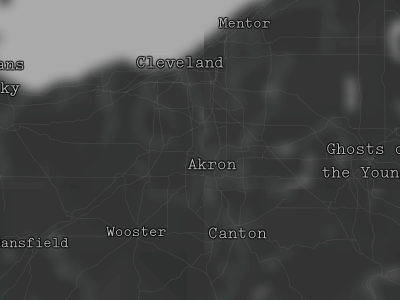 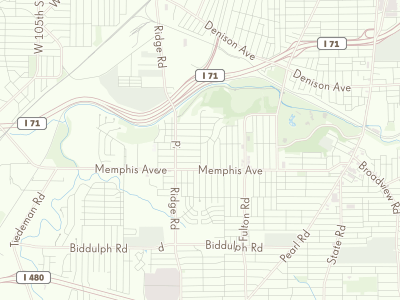 A relatively simple, muted map style. Use of Pastels and Spring colors. Made in Mapbox Studio Classic. 2016. 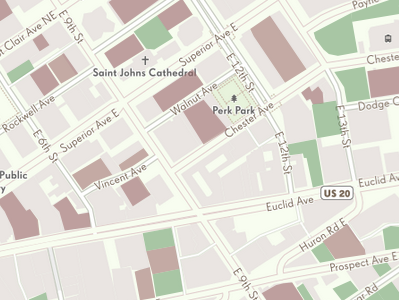 Assisted in development and design of HOT (Humanitarian OpenStreetMap Team) Base Map designed for Humanitarian contexts during HOT mission in Haiti, Spring 2013. Featured on Openstreetmap.org 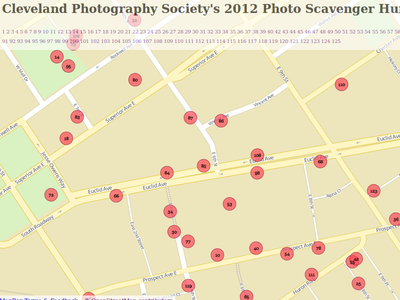 Given 125 small photos, participants sought to replicate each photo in Downtown Cleveland. This map reveals where the all 125 photos were taken. Made in late 2012. Made with Imposm, Tilemill, and mapbox.js.